BoardReady is a not-for-profit that utilizes a collaborative approach to increase diversity of thought building on, and connecting the work of strategic partners including recruitment agencies, academic institutions, independent consultants, and technology firms.

Resilient organizations where diversity drives success for all stakeholders

BoardReady was born out of a shared belief that:

Amplified by a TalentVault of senior, diverse leaders, we are dedicated to increasing corporate diversity for the resiliency of our private sector, growth of board roles for diverse candidates, and betterment of society. 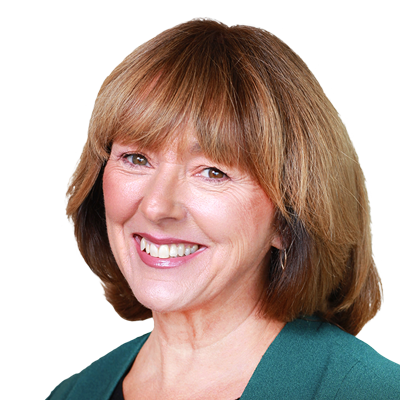 Deanna is an experienced global corporate board leader. After a career in financial services as a turnaround executive known for her ability to transform entrenched institutions into forward thinking, customer-centric champions, she brought that experience into boardrooms in North America, the UK and continental Europe. Her passion and belief in the power of diversity around a boardroom table spurred her to start BoardReady.io in 2017, a non-profit that accelerates the diversification of governing boards in the US via a proprietary digital platform delivered through seasoned board directors.

Deanna is currently serving in the UK as Chair-designate for FTSE 100 IHG Hotels & Resorts, and Chair of Hargreaves Lansdown, a FTSE-100 financial services company. In North America, she is a non-executive director at Thomson Reuters, jointly listed on both the Canadian and New York Stock Exchanges, and for the private Seattle company, Slalom, a digital transformation consultancy.  Other company boards upon which Deanna has served in the past include Tesco plc and Tesco Bank, Whitbread plc, Worldpay plc, AXA Global, Brooks Running, Vettd, NCR, Catellus, UNICO, Plum Creek Timber and Joshua Green Corporation.

Deanna founded CameoWorks in 2005 which advised entrepreneurs in the areas of transformation, growth through scale techniques, and stakeholder management.  The firm is not active currently as Deanna is focusing her professional commitments on board work.

Before Barclays, Deanna was the President of Consumer Banking at Washington Mutual, Inc. During her tenure, Washington Mutual was named Best Retail Bank in the Americas by Lafferty International and Top 40 Store Concepts in the World by Retail Industry Leaders Association.

Deanna divides her time between London and Seattle, where she lives with her husband, John.  They have two adult children and one grandchild. She graduated with honors from the University of Puget Sound and she also attended the Executive Education program at the Kellogg School of Management.  Deanna is past chair of trustees for Puget Sound and a recipient of the Ernest T. Stewart National Award for university volunteers. 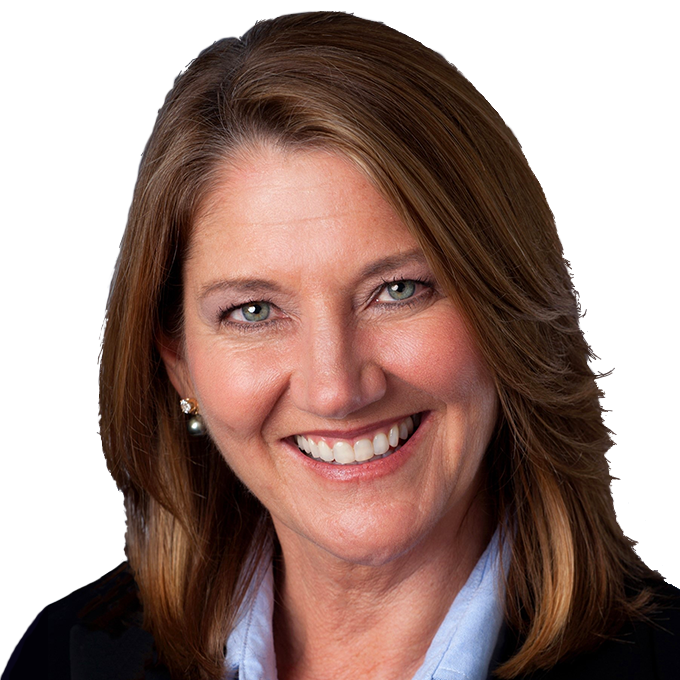 Charlotte Guyman is a director and a strategic advisor with more than 35 years of experience in the technology industry and 19 years as a director for public, private and not-for-profit entities in healthcare, education, insurance, energy, transportation, manufacturing, tourism, construction and consumer businesses. Charlotte worked at Microsoft Corporation from 1987-1999, ultimately serving as General Manager in the consumer division. During this Microsoft tenure, she was General Manager of Kids and Games software, MSN Sales & Sales Marketing, as well as Director of International Marketing and Director of Consumer Division Marketing. Prior to business school she had a 5-year career at Hewlett Packard in technology sales and systems engineering management.

Charlotte has been a Director of Berkshire Hathaway Inc. since 2003, serving on the Finance & Audit Committee. She is also a Director for the Space Needle Corporation where she is on the Compensation and Governance committees (most recently as Chair of the latter) and on the Advisory Board for Brooks Running. She was also the independent Director for Seattle start up Pro.com. Guyman has been a Trustee for the global NGO Save the Children since 2007 and she currently serves on the Executive & Audit committees, she is Chair of the Program Quality committee and the Child Safeguarding Trustee.  Charlotte was chairman of the University of Washington Medicine board and served on that board from 2000-2010. She currently serves on the governing board of the Brotman Baty Insitute for Precision Medicine at the University of Washington. In addition, Guyman is a Strategic Advisor Partner at the consulting firm, Cameoworks and a co-founder of Board Ready—a not for profit working to get more women and people of color on boards.

She has been happily married for 33  years and has three children ages 32, 30, and 2—all of whom work in technology.  Guyman loves being in nature, sailing, skiing, cycling and running.  She has a B.S. in Zoology and an MBA from the University of Washington. 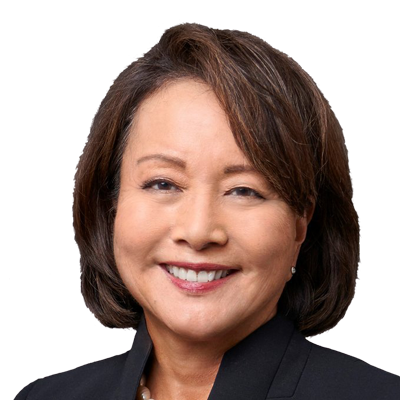 Phyllis is an experienced director, having served on Fortune 500 corporate boards, including: Puget Sound Energy (PSE), Safeco, Nordstrom, and Alaska Air Group. She has served as lead independent director on two boards and has chaired Audit, Finance Governance, and Compensation Committees. She currently sits on the board of Air Transport Services Group (ATSG), the private company board of SanMar, and recently joined the board of the nonprofit Allen Institute. She also serves on several other nonprofit boards including currently chairing the board of the U.S.-Japan Council. She is an advisory director for Toyota, NA.

Phyllis is an experienced C-Suite executive having been CEO at her two previous organizations: US Bank of Washington and The Seattle Foundation where under her leadership the size of each organization doubled. Her current executive role is as a corporate Vice Chairman for JPMorgan Chase & Co., overseeing the Pacific Northwest for the firm.

She is a graduate of the University of Washington’s Executive MBA program and has an undergraduate degree in Business Administration from Washington State University. 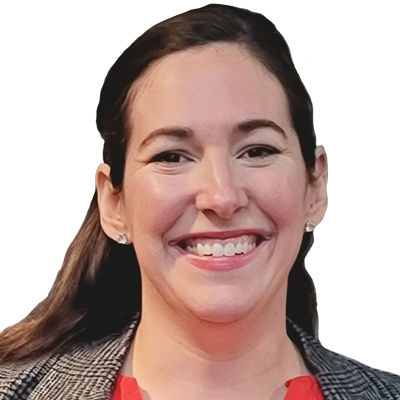 Jeni works to expand corporate Board diversification through onboarding new clients and members of the TalentVault. Prior to joining BoardReady, Jeni served as the Chief Strategist at UK Power Reserve where she was responsible for technology, communications, strategic planning, and data analytics. Mrs. Elam has served as Director of Partner Solutions team at Global Impact, where she worked with Fortune 500 companies and international non-profits in emerging markets. Jeni holds a global MBA from Hult, as well as a BA from the University of Puget Sound. Jeni currently serves on the board of Mary’s Place and Global Impact UK, and has worked across four continents in international strategic planning. 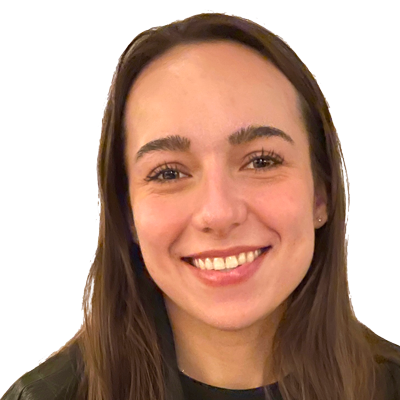 Abby is responsible for maintaining and onboarding for BoardReady’s growing TalentVault, supporting various research initiatives, assisting with partnership development, and maintaining BoardReady’s digital footprint. Since joining the BoardReady team in 2020, Abby has helped to scale BoardReady’s digital presence and develop strategies to successfully manage the organization’s data. Abby graduated from the University of Washington, Seattle with a Bachelor of Arts in International Studies and minors in Entrepreneurship and Spanish. During her time at UW, she participated in the mentorship program at Microsoft.

A leader in the financial services industry for more than 20 years, Dave Williams has an extensive background across a series of companies ranging from large publicly-traded organizations to small private businesses. Dave is currently the CFO of Columbia Hospitality. Prior to joining Columbia Hospitality, Dave held positions as the CFO of Cascadia Capital and worked as a senior vice president and CFO of various business divisions of Washington Mutual and JP Morgan Chase. He is currently a senior advisor to Vettd and on the Advisory Board for Gourmondo, a leading catering and corporate café company in Seattle. Dave graduated with a Bachelor's degree in Business Administration from the University of Washington, and received his certified public accountant (CPA) license and has held several securities licenses including his Series 7, 24, 27, 65 and 79. He lives in Seattle with his two children and enjoys spending time with his family doing a variety of outdoor activities.

Cathy specializes in sounding board advice to senior leaders across all sectors. Cathy is a Non Executive Director of Rentokil PLC, Spectris PLC and Aldermore PLC. Cathy is also a Trustee of the Gurkha Welfare Trust.

Prior to her plural career, Cathy held several executive committee level roles in banking over a 15 year period at Barclays PLC and Lloyds Banking Group PLC, with particular specialism in HR, Corporate Affairs, Investor Relations and Governance.  Her earlier career was in business performance and change consultancy with several major audit and consultancy firms.

Sara retired from her career in marketing and communications in 2019, which included deep experience in financial services marketing, change management, communications strategy, and M&I in the Pacific Northwest. She spent nearly 5 years in London as Barclays’ Director of Corporate Affairs both for the UK and Global Retail and Commercial Banking divisions. And her career culminated as BECU’s SVP, Cooperative Affairs. In addition to serving on several boards, she is now applying her experience as a mediator and facilitator to her new interest as an end-of-life doula. In this role she supports people in preparing for a peaceful death.

Rajalakshmi Subramanian is the co-founder, COO, and VP of Engineering at Pro.com, which offers a technology platform for the home-improvement industry and has been, in recent years, one of the nation’s largest general contractors. Pro.com was recently acquired by Opendoor, a leading digital platform for residential real estate. She was a pioneering member and leader of teams that helped develop Amazon’s online Marketplace and Amazon Web Services (AWS), and she has led teams in Amazon’s Kindle group and at Yahoo Finance. During an interim period, Rajalakshmi returned to her native India to co-found and be CEO of a technology company.

We could not do what we do without the time and subject matter expertise of our incredible volunteers. A few are listed here:

Ajax is a software engineer and occasional poet who enjoys writing Ruby and free verse. When she's not at her keyboard, she likes sunny days, hanging out with her cats, and books about Bronze Age civilizations. As a trans woman herself, Ajax is passionate about workplace equity for trans workers, especially in the realm of healthcare access and outcomes.

Indi is a software engineer with a long-time passion for solving issues around diversity, equity, and inclusion. They graduated from Kenyon College in Ohio, where they studied History and English and taught ballroom dance lessons three times a week, before falling in love with programming. In 2021, they attended the Grace Hopper Program at Fullstack Academy, and are excited to use data and tech to make a difference.

Ramachandran Ramarathinam is a Lead Engineer at Opendoor.com, which specializes in next-gen home buying experience. He has 15+ years of experience in leading teams to build scalable software in investment banking, large retail and real estate domains. He loves contributing to OSS projects and his current interests include Frontend Engineering, Distributed Systems and Ledgers.