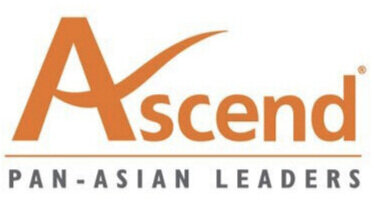 Ascend is the largest non-profit, Pan-Asian organization for professionals in North America

Ascend works to connect Pan-Asian leaders across industries, empower young professionals and emerging leaders to pursue their dreams and aspire to new heights, and help partners and sponsors achieve business growth through diversity and inclusion. 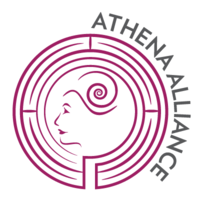 The Mission of Athena Alliance is to accelerate gender diversity in the boardroom by making the connections that make the difference.

The Athena Alliance offers a wide network of qualified women and works with CEOs, nominating committees, and search firms to present exceptional candidates for director consideration. Athena also provides advice, coaching, and support to aspiring directors, as well as opportunities to apply for open board seats. 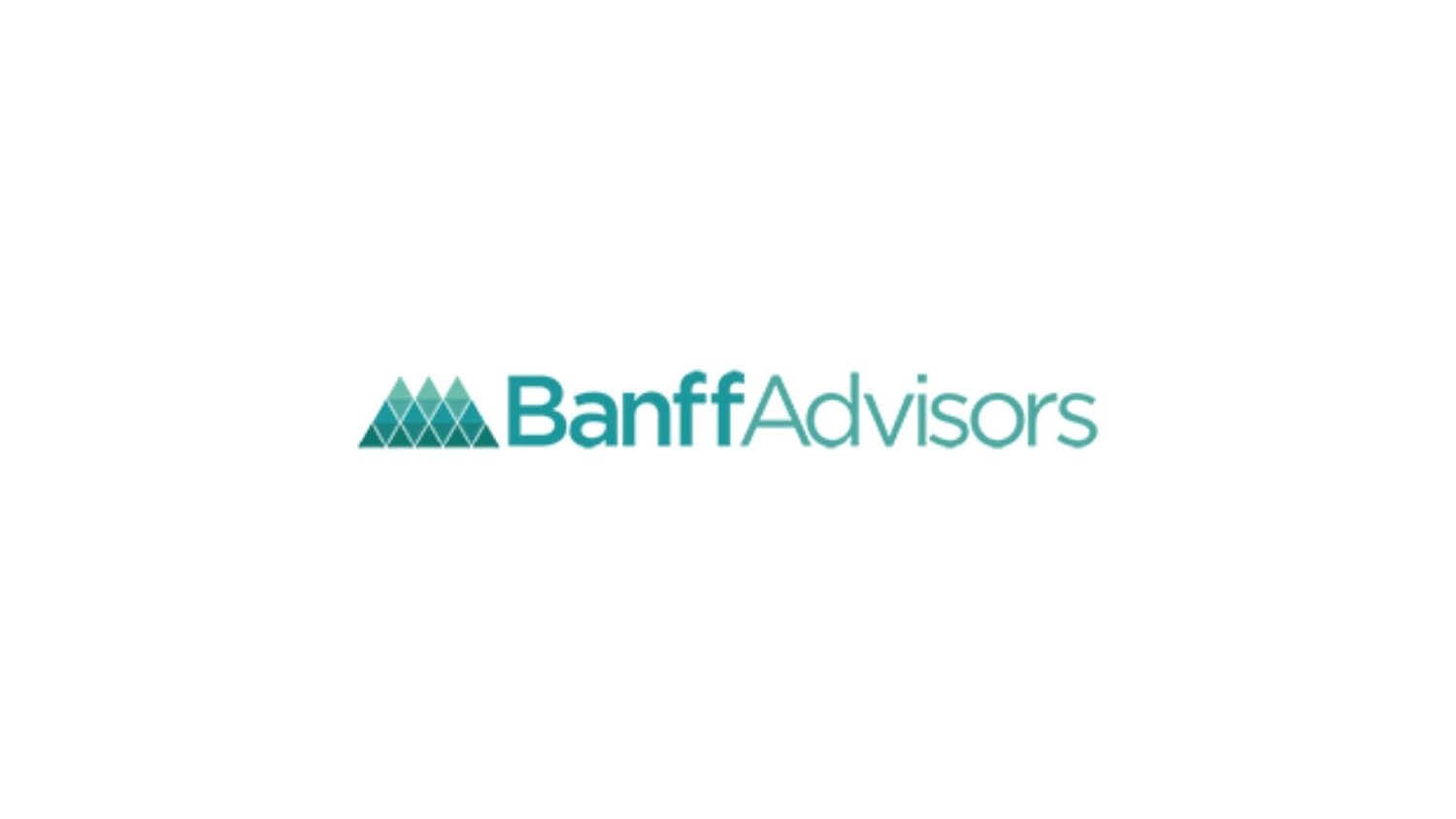 Banff Advisors was founded to serve executives who want to take a proactive approach to fulfill their career ambitions. Their years in the executive talent space allow them to connect clients with the most critical networks, market insights, and feedback. Banff Advisors brings together the stakeholders who shape career trajectories (executives, boards, search firms, advisors, coaches, investors, hiring managers), creating a win-win for everyone and providing clients with the best options – and information – to fulfill their ambitions. 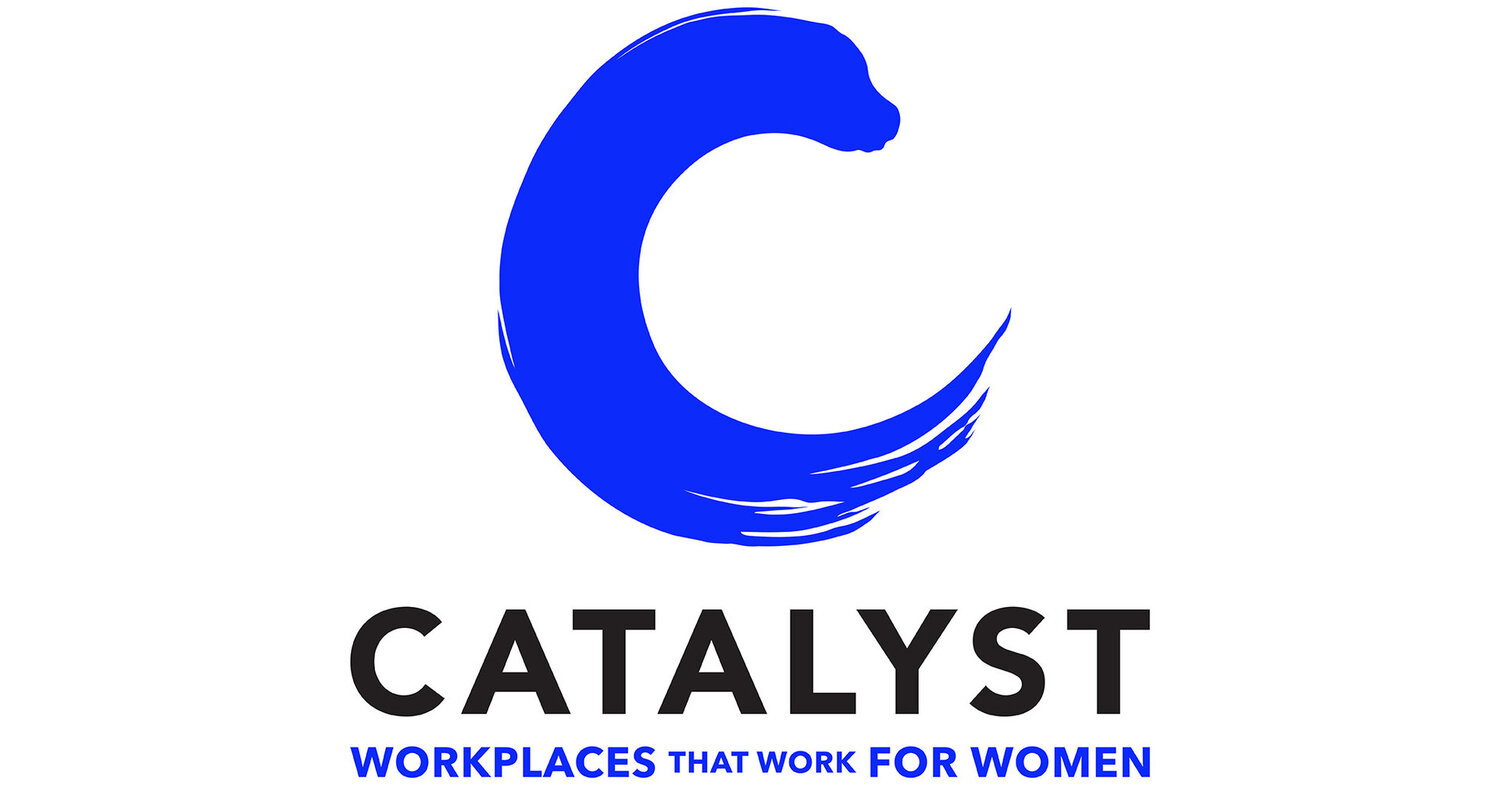 Founded in 1962, Catalyst has been working with corporations and business leaders for decades to advance women in the workplace. Catalyst’s focuses include: building inclusive cultures; reducing unconscious bias in hiring, recognition, and promotion; and advising organizations on creating diverse boards. Catalyst hosts an annual Awards Conference, webinars on a variety of topics, and in-person events all over the world.

Diligent offers board management software that helps improve governance in the digital age. Diligent’s software can help conduct board evaluations, provide industry and company analytics, and access director data to improve governance oversight on board diversity.

Diligent also offers a network of nearly 700,000 CEOs, board directors, and executives, and is committed to making the board nominating process more diverse, equitable, and inclusive. 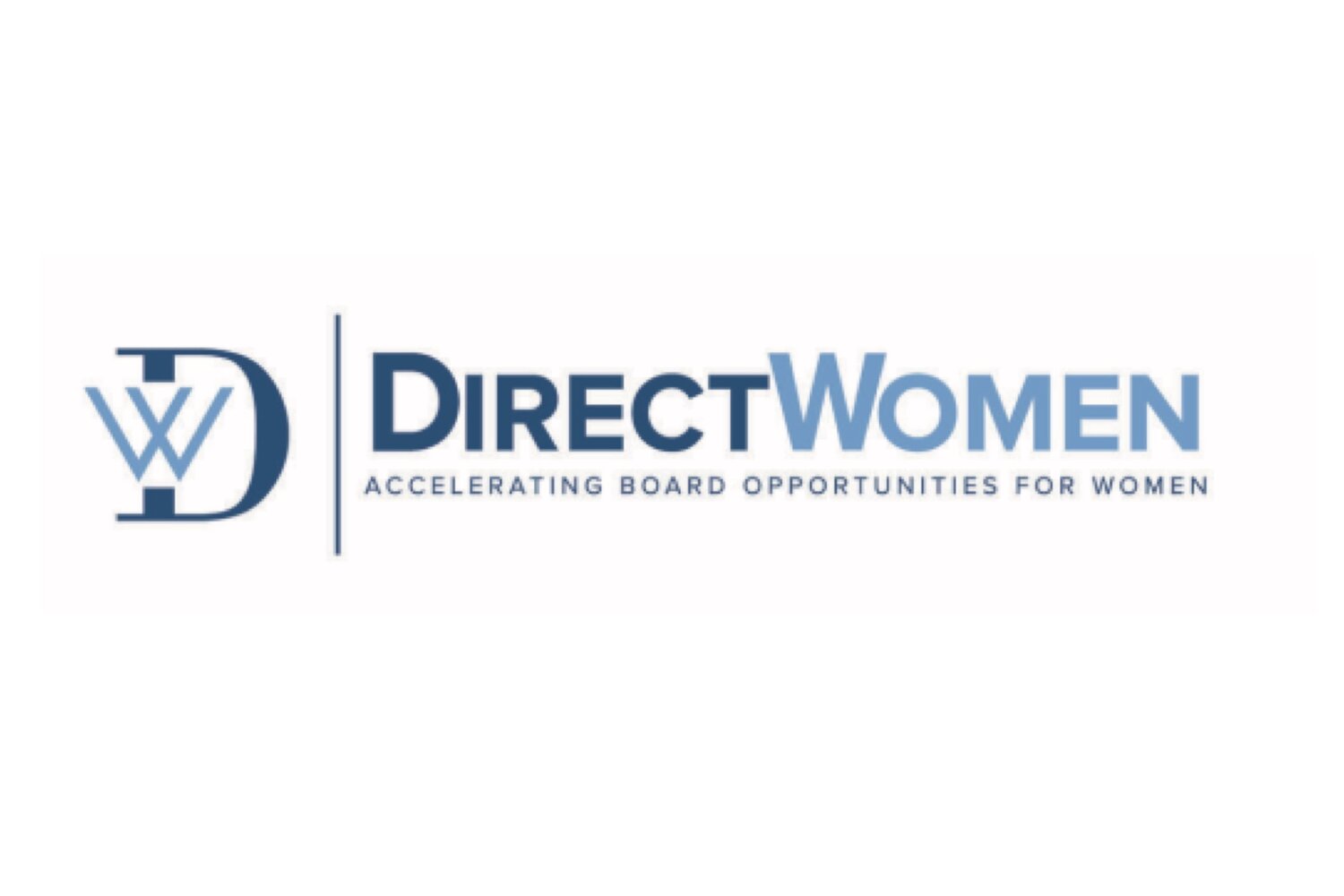 DirectWomen is the only national nonprofit that works to increase the representation of women lawyers on corporate boards.

DirectWomen identifies leading women lawyers from around the country who are able to provide the experience, independence, and business judgment required for board effectiveness. Through its various programs, DirectWomen develops and positions women attorney leaders for board service. It also serves as a resource for companies seeking qualified women board candidates. 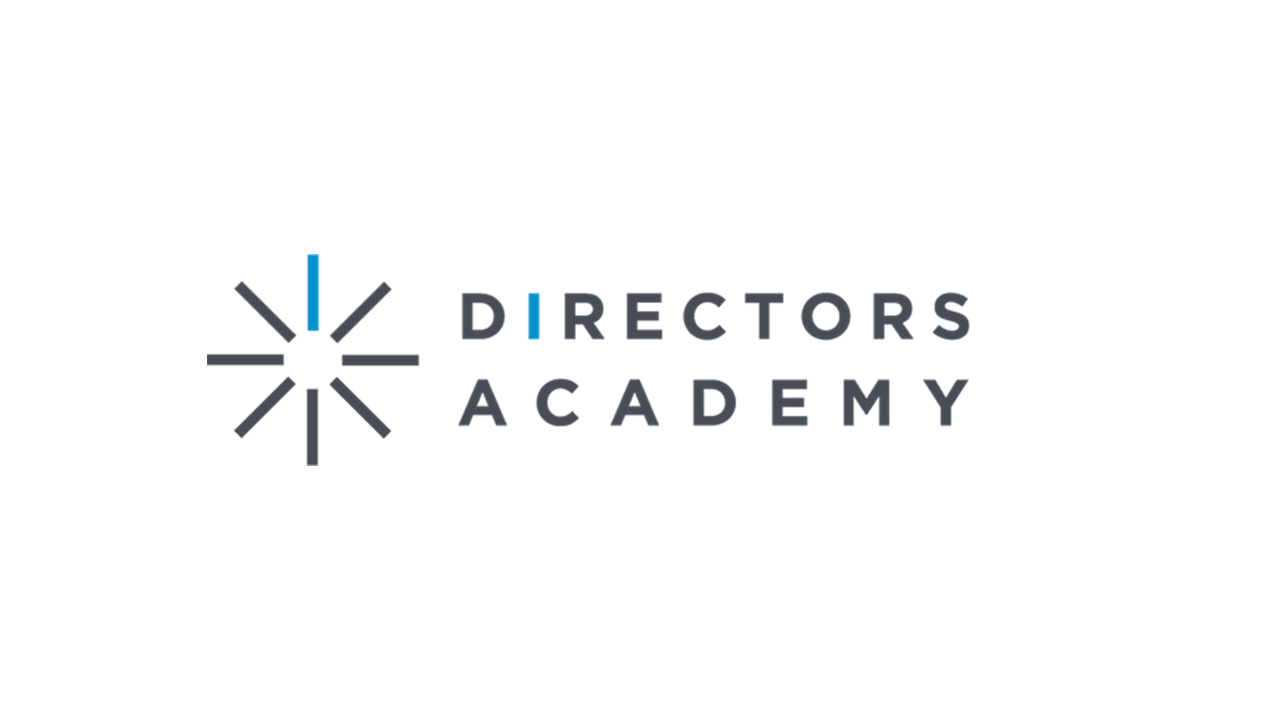 The Directors Academy created the NextGen Directors Program with goals to accelerate the development and placement of the next generation of diverse directors by building a pipeline of highly credentialed prospective board members from diverse backgrounds, experiences, ethnicities, and genders. The NextGen Directors Program is a nine month immersive virtual and in person learning experience that prepares senior executives from diverse backgrounds for their first corporate board appointment. The program is taught by governance practitioners with extensive board experience in a wide variety of public and private companies, and University of California, Berkeley Haas Business School faculty who address emerging topics of importance to boards.

Extraordinary Women on Boards (EWOB) is a dynamic, peer-to-peer, private membership community of women corporate board directors. A distinctive and differentiating aspect of EWOB is that members are experienced directors who actively serve on, or who have experience serving on, at least one public or private for-profit board. Representing hundreds of boards, the community focuses on driving board excellence, and raising the presence and influence of women in the boardroom. EWOB members convene regularly to learn together, mine their considerable collective wisdom, and bring actionable insights, smart questions, best practices, and cutting-edge topics back to their boardrooms. The group was founded by two financial services executives turned entrepreneurs, Lisa Shalett and Lisa DeCarlo, and has grown completely organically — it is an engaged, super smart, no-ego community that is inclusive, generous and inspiring. 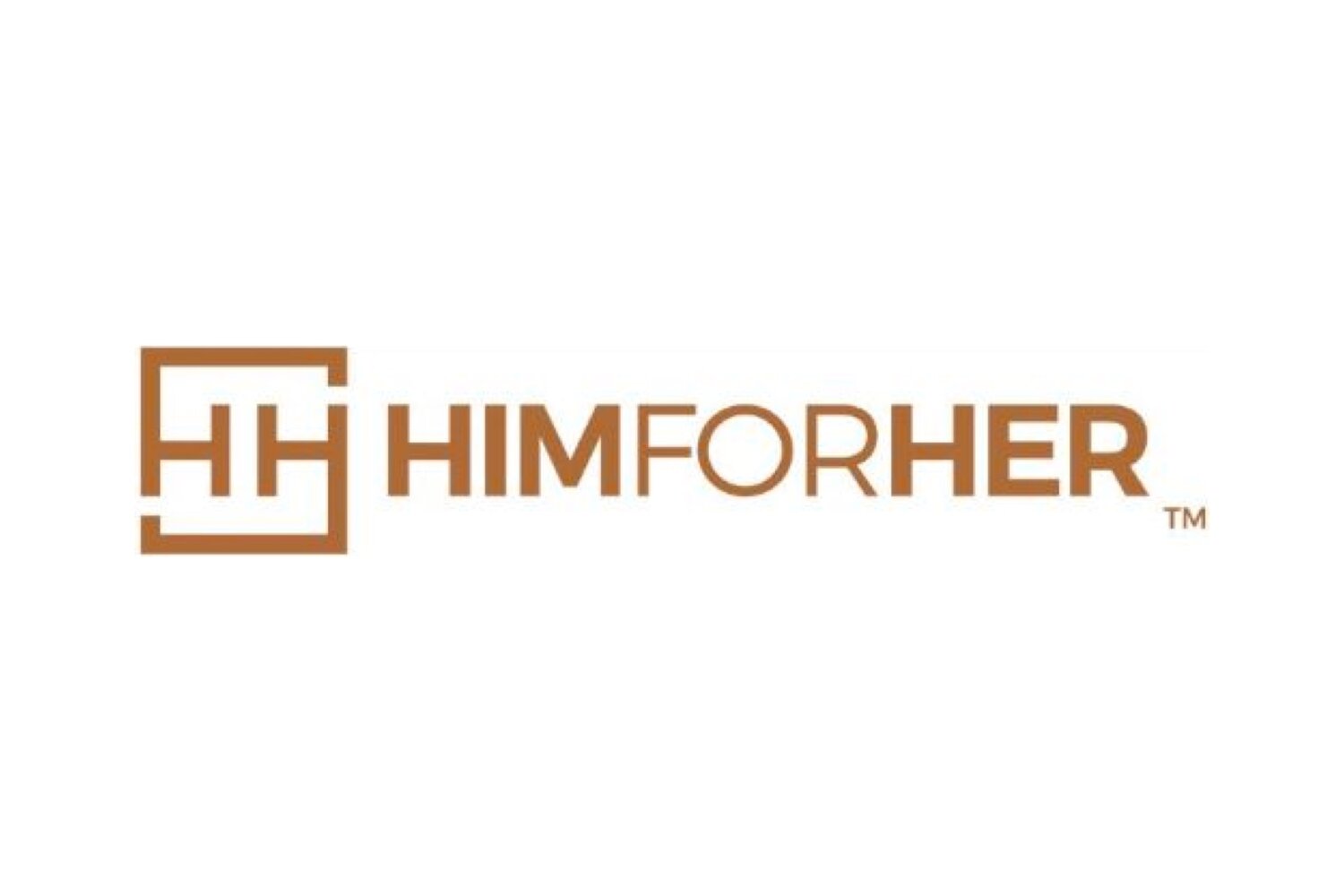 Him For Her transforms lives by unlocking the economic & social benefits of diverse boardrooms. We accelerate diversity on corporate boards by engaging business luminaries to bridge the network gap responsible for the sparsity of women in the boardroom. Since its founding in 2018, Him For Her has built a referral-only talent network of 2200+ board-ready women and delivered free board-referrals to 400+ companies ranging from start-ups to S&P 100. Him For Her creates warm introductions between board candidates and CEOs through its series of small events guest-hosted by renowned leaders such as Stacy Brown-Philpot, Brian Moynihan, Jeff Weiner, Eric Yuan and many more. A 501c3 corporation, Him For Her provides its services free of charge thanks to generous support from donors and corporate sponsors. 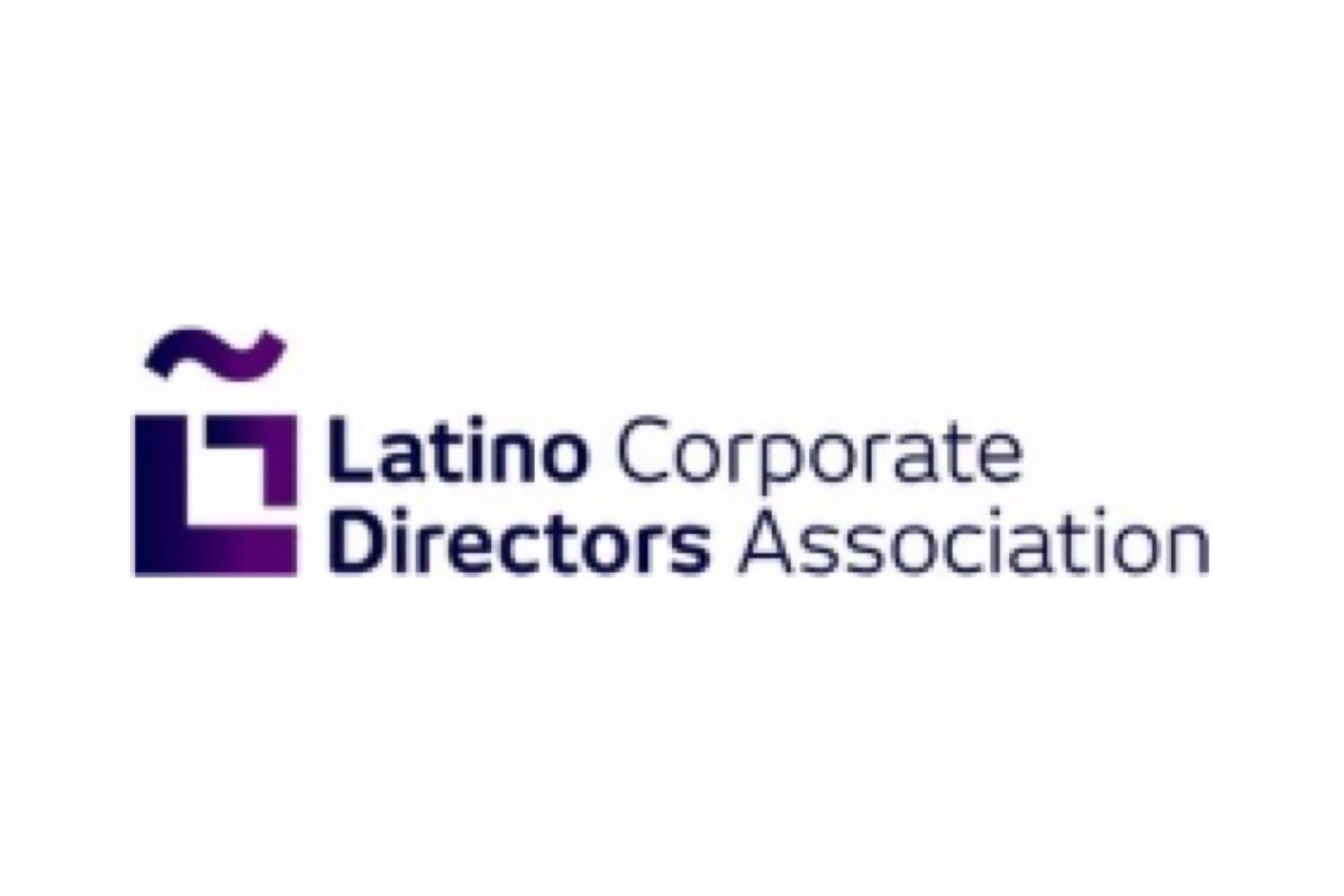 LCDA is a community of U.S. Latinos at the highest levels of corporate leadership, committed to developing, supporting, and increasing the number of U.S. Latinos on corporate boards. LCDA works with boards, CEOs, and search firms who have the power to influence board placement, and offers a program to empower and prepare Latino business executives and national leaders for board service. LCDA also produces research and raises the profile of its members to build awareness around the importance of Latino voices around the board table. 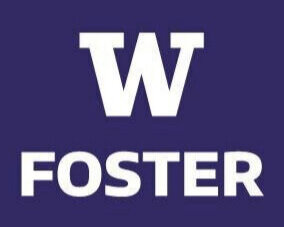 The University of Washington Foster School of Business’ program is designed to help executive women become more influential board members, make the jump from non-profit to for-profit boards, or move up to the boards of larger firms. The seminar is intended for qualified women who wish to “diversify their decision-making, provide a fresh perspective, and improve their business results. The Women Board Directors Development Program is designed to help women business leaders “find the right boards and serve effectively at the table.” 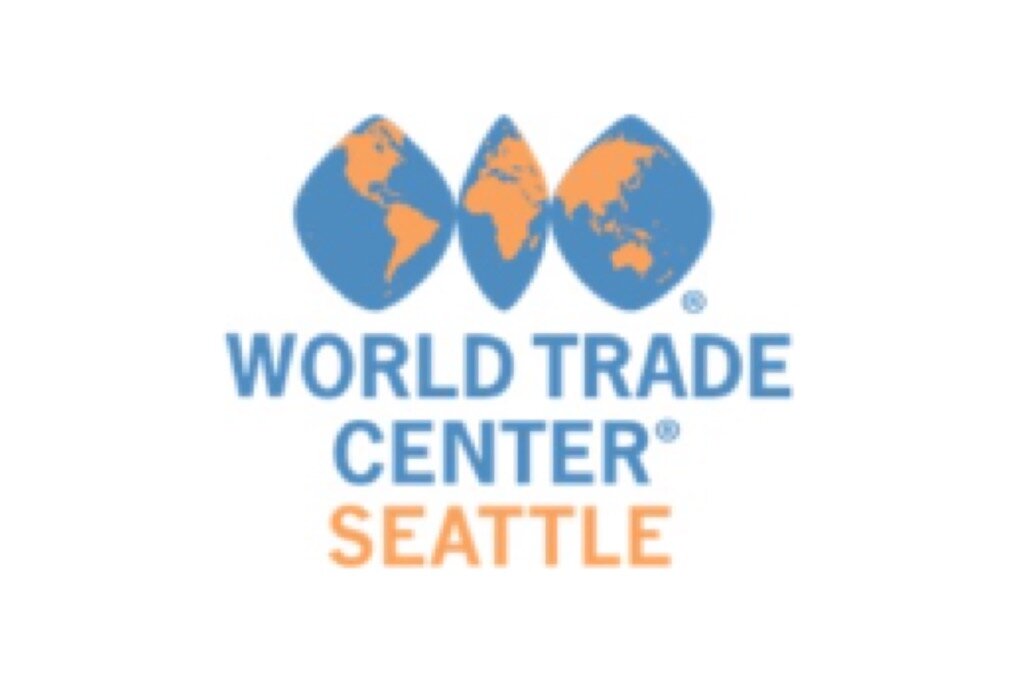 The World Trade Center Seattle offers networking opportunities to business professionals in Seattle and across the Pacific Northwest. Members gain access to the WTCSE’s facilities, as well as to member-only events, social events, and to the WTCSE’s business matching service.

theBoardlist is a curated talent marketplace for business leaders to recommend, discover and connect highly qualified women across industries with private and public board opportunities. Potential candidates need to secure their nomination through Endorser Members of theBoardList. Once accepted, theBoardList facilitates connections between these candidates and organizations looking for members, called “Searchers.” 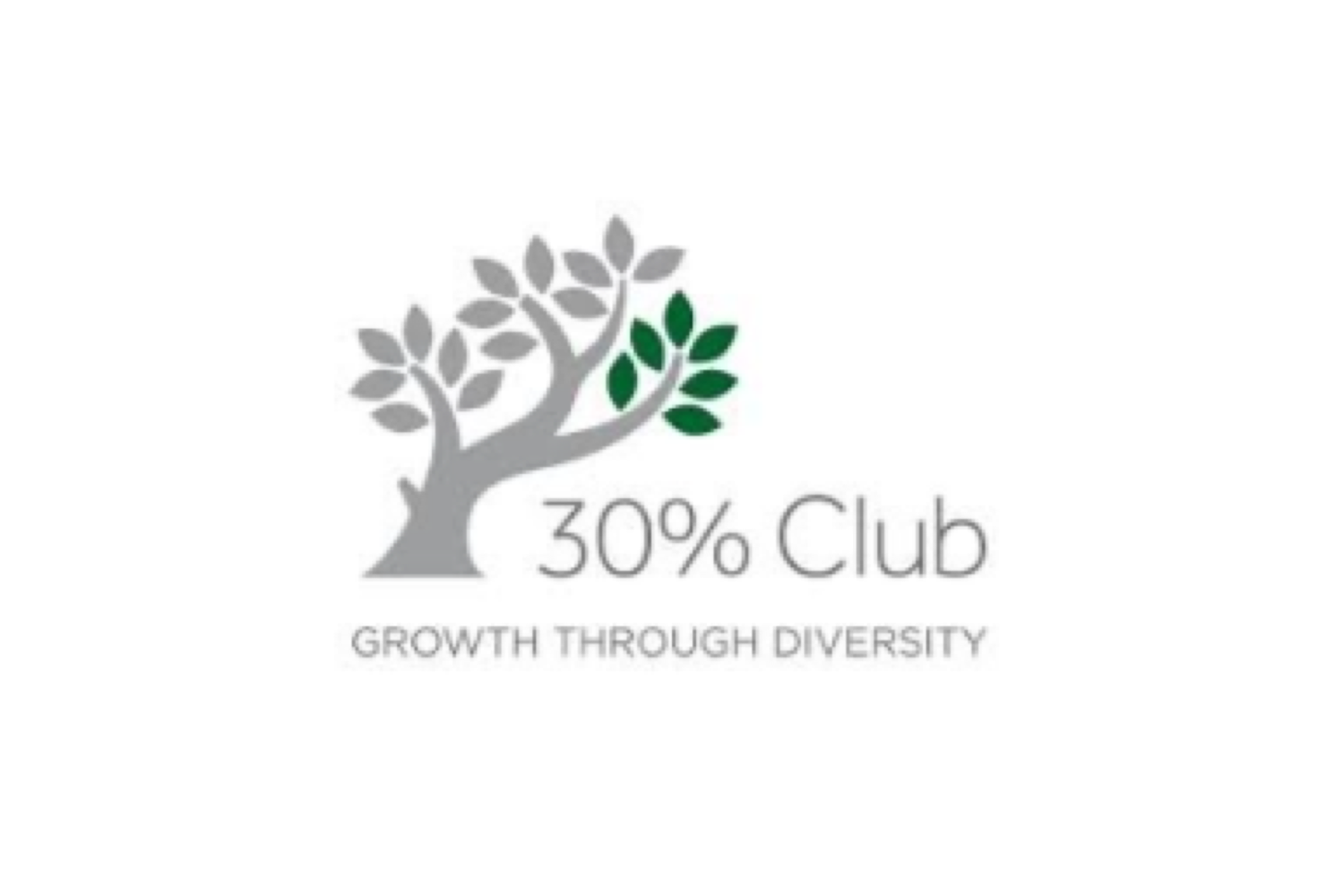 The 30% Club began in the UK in 2010 and has since expanded globally to twelve other countries including Australia, Brazil, Japan, and the United States. The 30% Club’s goal is gender balance on boards and in senior management. The 30% Club does not encourage quotas to reach gender balance, but champions a voluntary approach involving “collaborative, concerted, business-led efforts.” The purpose of this strategy is to promote meaningful, sustainable change, enthusiastically enacted to both promote better governance and optimize business performance. 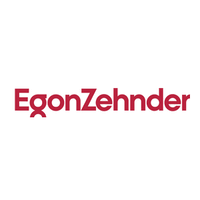 Egon Zehnder is a leadership advisory firm, specializing in executive search, board advisory, executive assessment and development, and diversity and inclusion. The firm has 68 offices in 40 countries and values long-term relationships with clients that can last decades.

Nurole is a global talent network of c. 30,000+ business leaders in 100+ countries. They combine traditional search expertise with technology to help organisations find the best talent at board and C-level. Nurole sources talent via i) their network ii) their recommendations (which account for 50% of placements) and iii) their in house, traditionally trained research team. In the last few years they’ve placed c. 600+ people on boards. 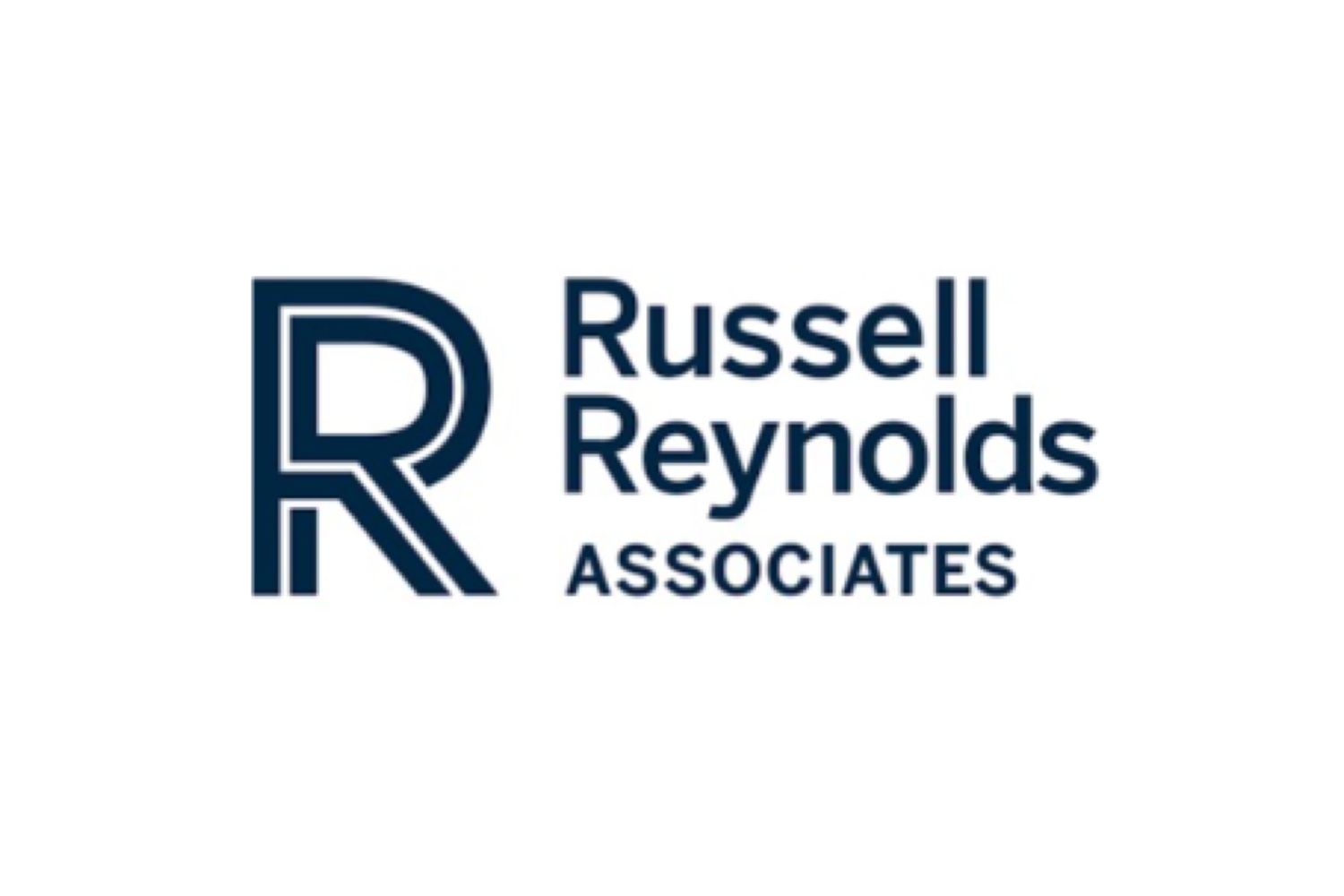 Russell Reynolds Associates is both a search firm and a leadership advisory firm. In addition to finding the right people to fill executive and board roles, Russell Reynolds develops customized growth strategies to help organizations grow and thrive in an increasingly complex business landscape.

“Diversity of perspective does matter. Having a broad range of collective attributes, rather than overlapping or redundant qualities, helps the board significantly in fulfilling its responsibilities of providing good corporate governance and strategic oversight…Diversity of perspective leads to more innovation, better risk management, and stronger connections with customers, employees and business partners.” 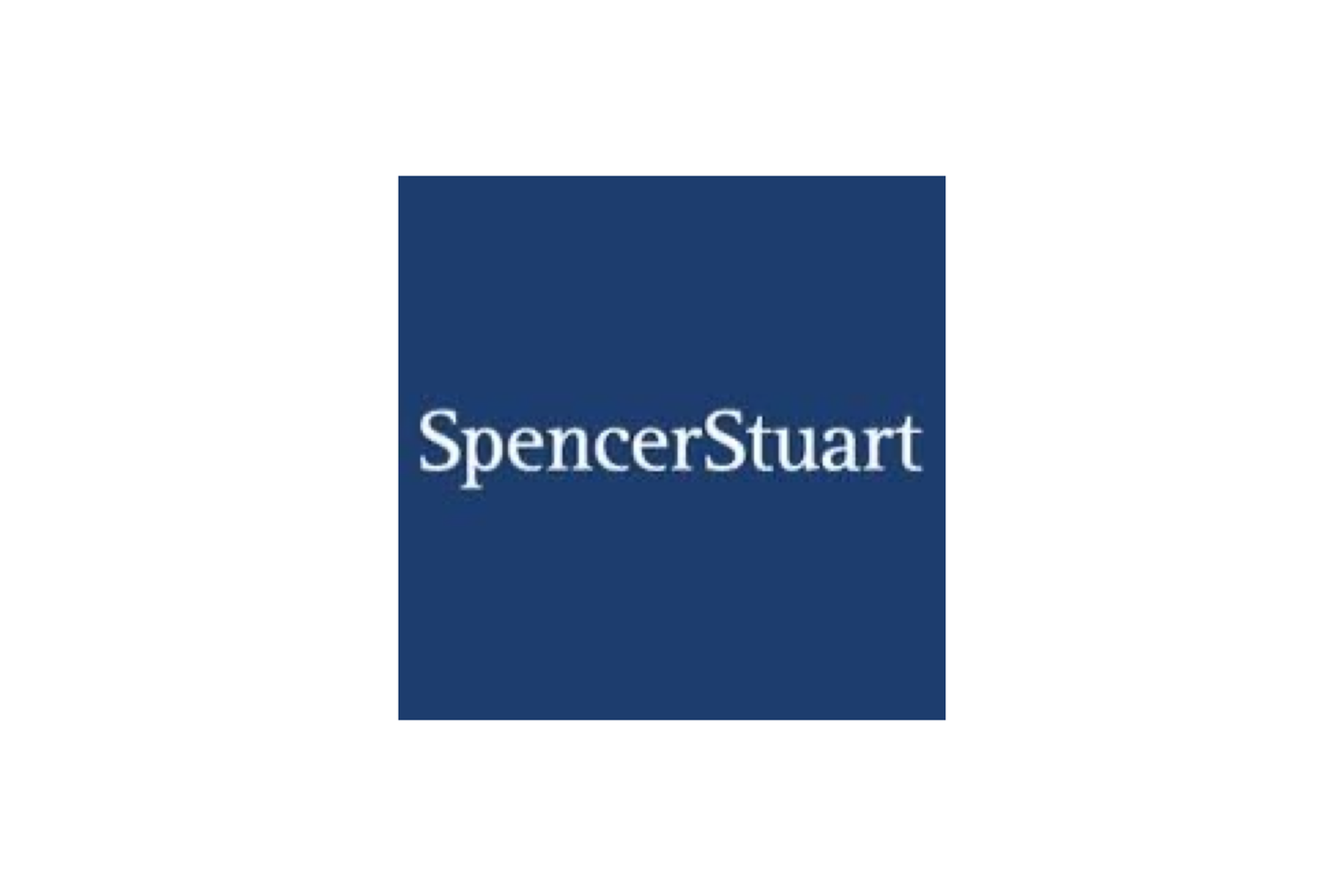 “For the second consecutive year, women and minorities composed half of the incoming class of S&P 500 directors. But progress on the diversity front was mixed. Female directors made real strides, while male minorities saw their advancement in the boardroom slow. Ongoing low turnover in U.S. boardrooms continues to slow down the advancement of women and minorities on boards.” https://www.spencerstuart.com/research-and-insight/ssbi-2018﻿

The Better Boards Initiative aims to make transformative societal change at the very top of the corporate structure by advancing racial and gender diversity in the boardroom. BBI is unique in that our initiatives are based on original, large-scale qualitative research with sitting board directors who give the inside story on what works, and what doesn’t work, on diverse boards. We capture their insights and best practices on recruitment, onboarding, inclusion, board culture and leadership, along with the impact of changing board composition on governance, to develop impactful tools for first-time directors and increasingly diverse boards.